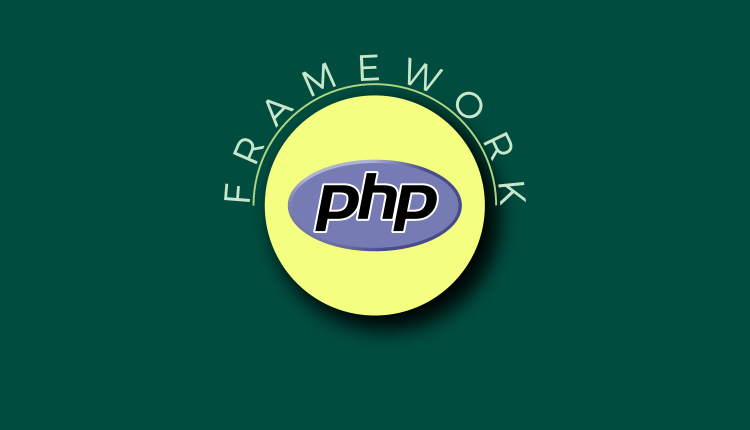 An overview of the Top 10 best PHP frameworks for web development to find out how to make your workflow faster and easier.

PHP is a popular server-side scripting language designed primarily for the web development. Originally created by Rasmus Lerdorf in 1994, it’s reference implementation is now produced by PHP group. PHP is designed to be used and embed easily in HTML. Because of it’s easy to use and great functionality, it empowers Content Management Systems like WordPress and social media websites like Facebook.

This post is to help you choose the best PHP framework. A framework provides a large library of code for the common application task. Frameworks also force you to write better and cleaner code thus allowing you to make the code more readable, scalable and maintainable.

Using PHP frameworks will speed up your development workflow. It will also help you to make your code clean and well structured.

In this post, we will find out Top 10 PHP frameworks. 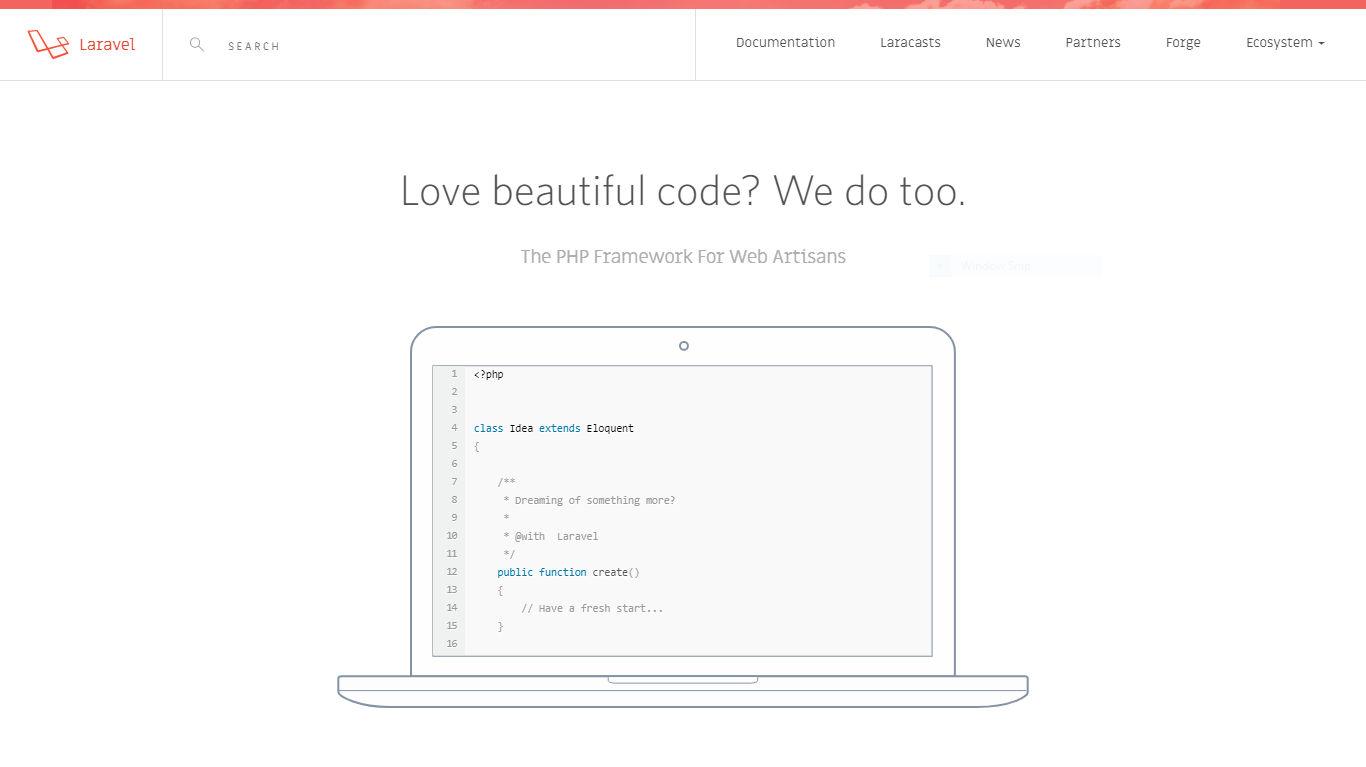 Laravel is a free and open-source PHP web framework for the development of web applications following the MVC or model-view-controller architectural pattern.

Laravel is regarded as the most popular PHP framework. You can take a look at google trends for top 5 PHP frameworks. 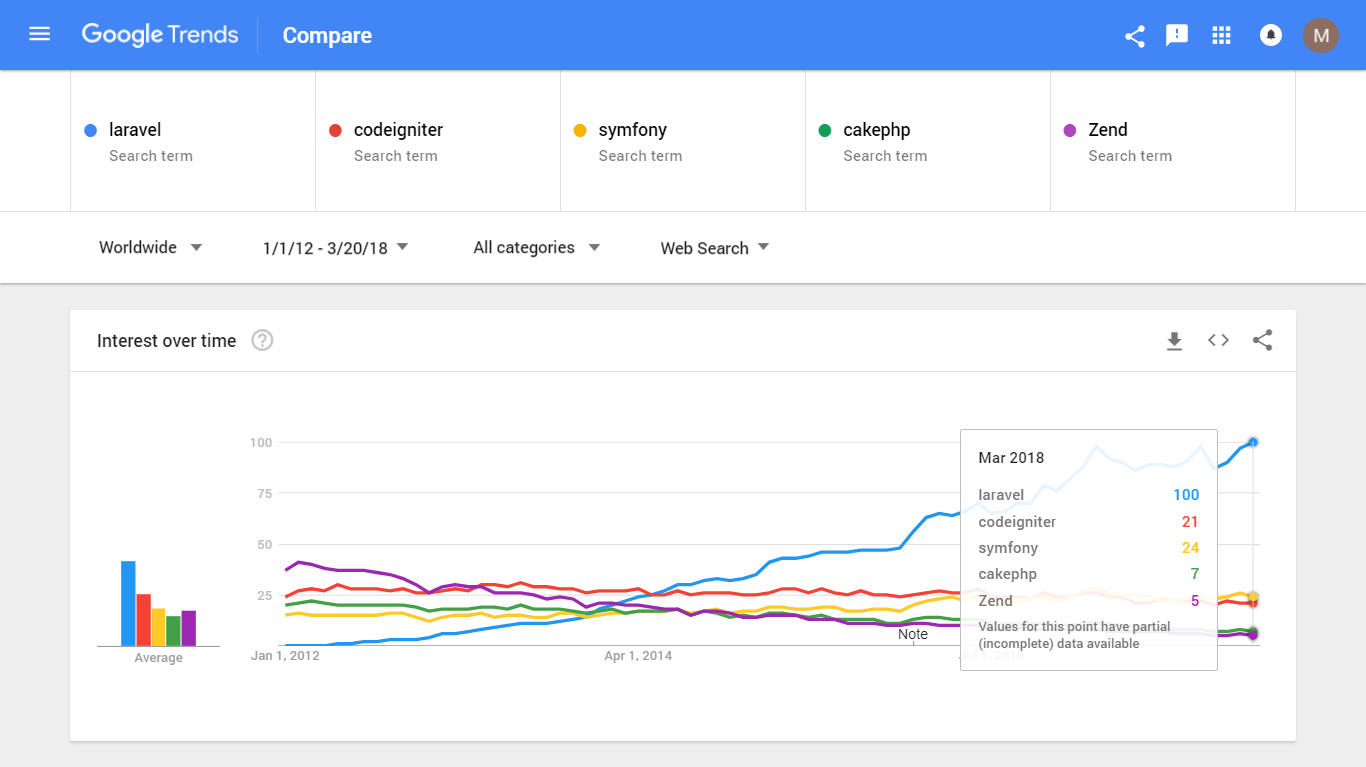 This shows that laravel is the most popular framework. Also, Laravel has already taken the top spot in the list of backend frameworks on GitHub based on the total number of stars. 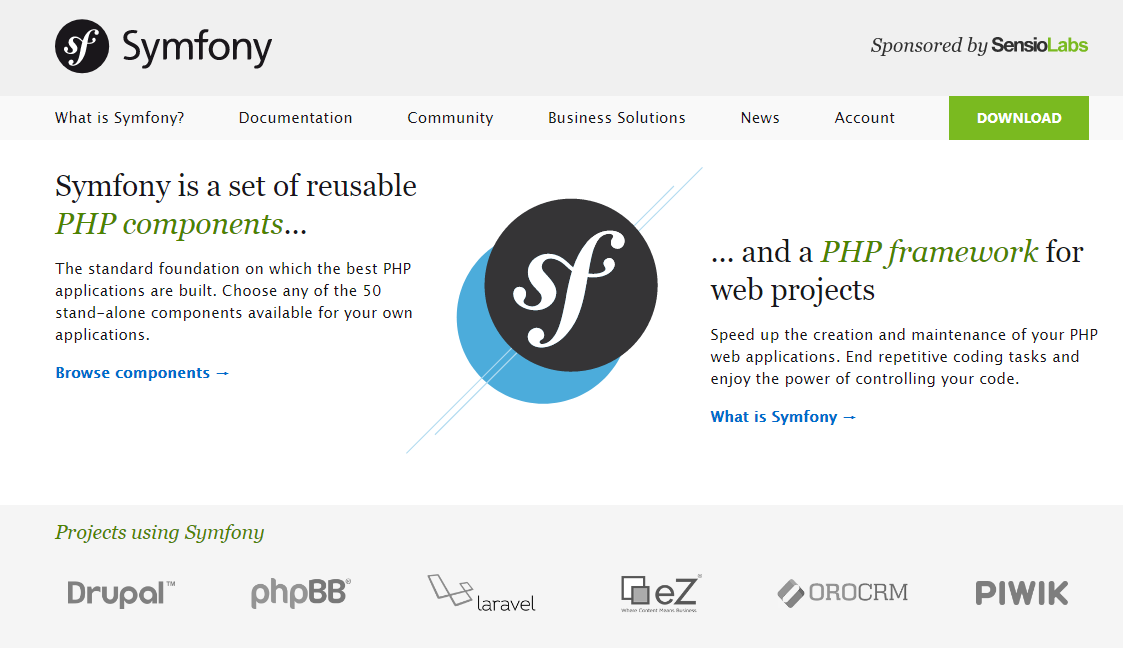 Symfony framework is a set of reusable PHP components and libraries that you can use to complete your development tasks. Symfony includes 50 stand-alone components out of which most popular are routing, validator, form, filesystem, cache, and console. You can install any of these components independently with composer which is a PHP dependency manager. 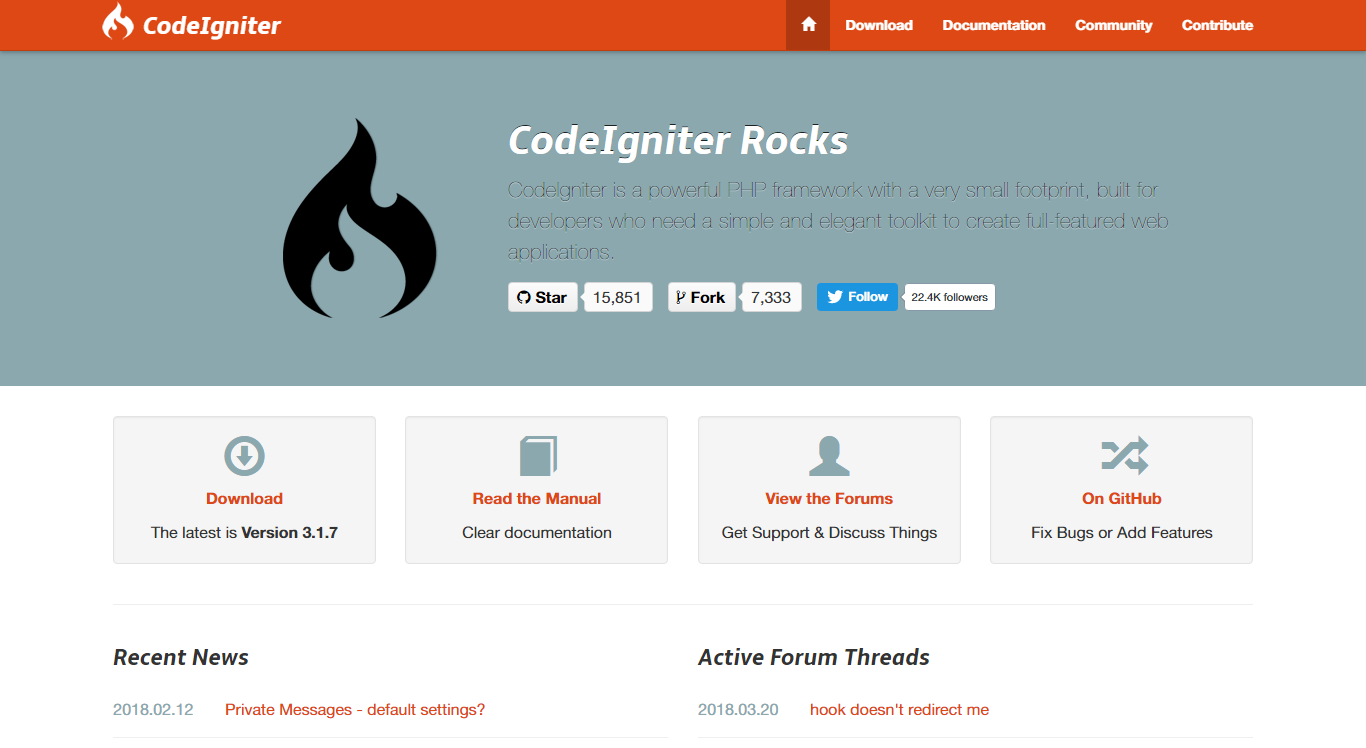 CodeIgniter is a rapid development framework for building dynamic PHP websites. It is lightweight built for developers who need a simple toolkit for creating web applications. CodeIgniter was released back in 2006 and it was one of the first major PHP frameworks. CodeIgniter does not require a lot of learning as it is simple.

CodeIgniter can run easily on older PHP versions. Right now the latest version recommends PHP versions 5.6 or higher. CodeIgniter is loosely based on MVC architectural pattern. Controller classes are necessary whereas models and views are optional. CodeIgniter size is less than other frameworks making it faster, lighter and lean framework. 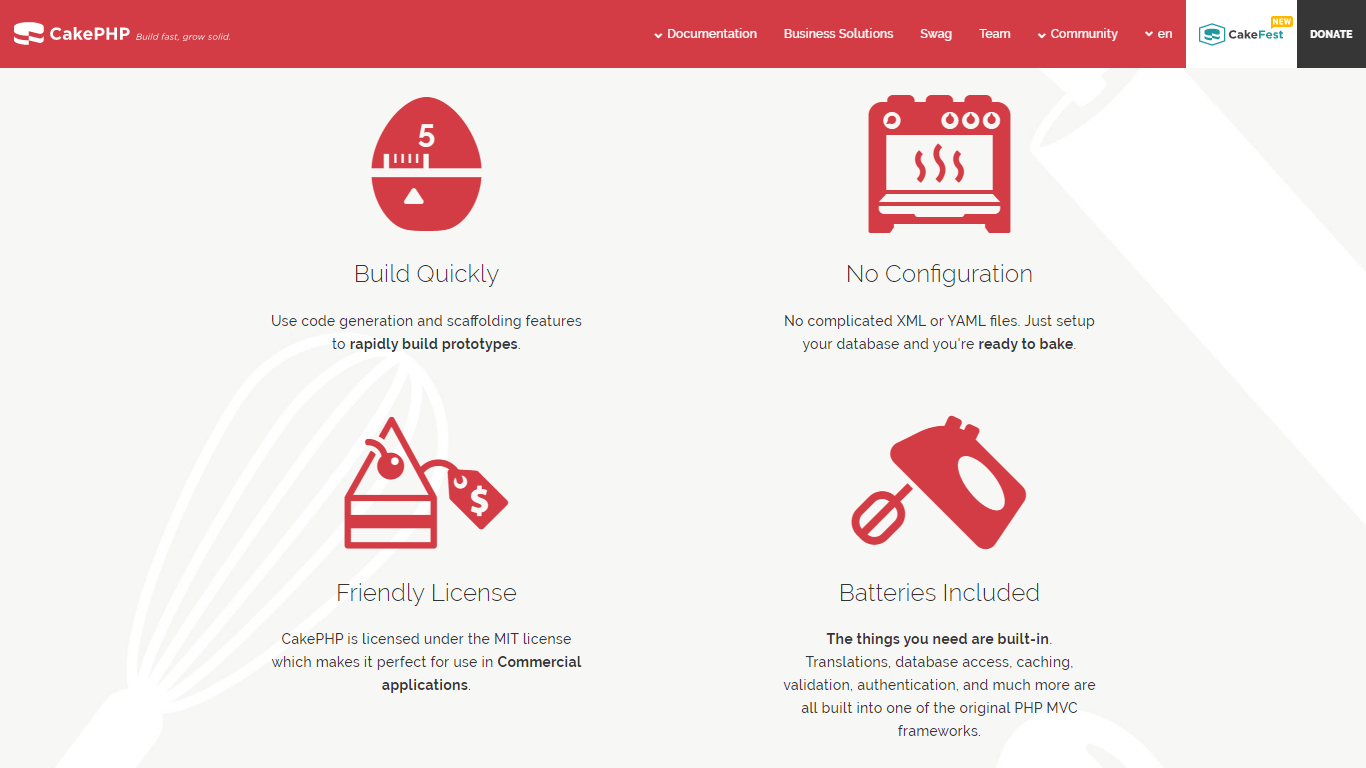 CakePHP is a web framework written in PHP that follows model-view-controller architecture. It was released back in 2005 (12 years ago). At the time of writing, the latest version of CakePHP is 3.5. The latest version includes Scoped Middleware, Console Runner, dotenv support, console integration testing and much more.

CakePHP is used by big companies and institutions such as BMW, MIT, and HYUNDAI to empower their websites. It offers security against three most common attacks: SQL injection, XSS (cross-site scripting), and CSRF (cross-site request forgery) out of the box. It also includes a dedicated security component.

Phalcon is a PHP web framework based on the model-view-controller (MVC) architectural pattern. It was released in 2012. Phalcon is the fastest PHP framework ever built because it is built on C and C++ to get the cutting edge speed. It is delivered as a C extension so you get maximum execution speed do not have to learn C to use it. Phalcon has low memory and CPU consumption compared to other frameworks that are built on PHP. It increases execution speed and decreases resource usage.

Phalcon has optimized low-level architecture which provides the lowest overhead for MVC-based applications. Phalcon includes many features such as cache, config, queue, logging, validators, routing, event manager and much more. It is very well documented and has a big community around it as well. If you want faster execution speed, Phalcon is your best choice.

Yii is a component based MVC PHP web application framework. It was first released in 2006. It boosts application execution speed because it uses lazy loading technique extensively which means it does not require a file until the class is used. It is faster than many other frameworks. It follows MVC pattern, promotes DRY design and supports rapid web development.

Yii comes up with form validation and ajax support out of the box. It also offers built-in authentication. It has a built-in code generation tool called Gii which speeds up your development. It offers great security, a lot of extensions, plugins, and widgets, Internationalization, error handling, logging, testing, active record implementation and many more. 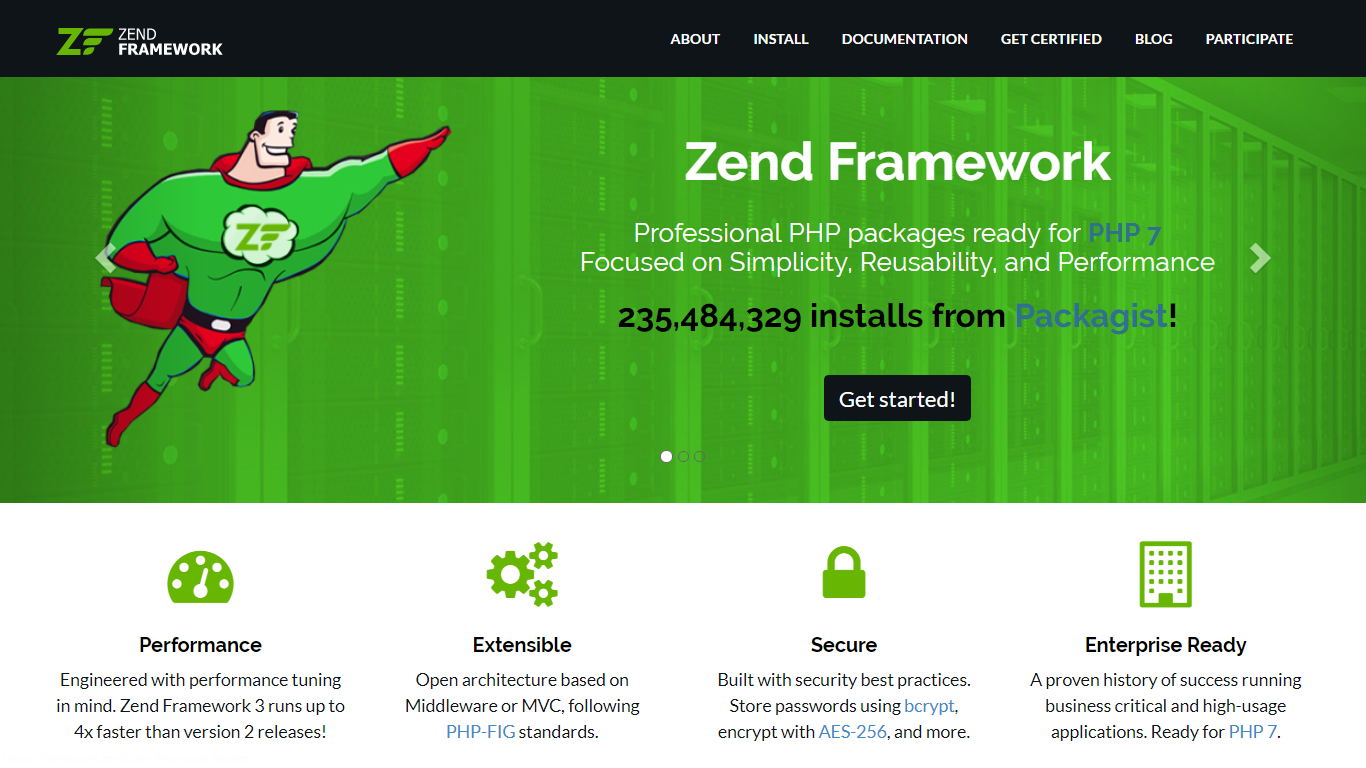 Zend Framework is a collection of professional PHP packages. Zend framework uses Composer as a dependency manager to install its packages. It uses MVC architecture. Zend is a huge framework with a lot of options and steep learning curve. For this reason, it is not recommended for small projects. Zend has many partners such as Google and Microsoft that have contributed components or features to the frameworks.

Zend Framework v3 is optimized for PHP 7 that makes it runs up to 4x faster than v2. Zend Framework has many great features such as authentication, barcodes, cryptography tools, database abstraction layer, generate Atom and RSS feeds, validate and display forms, and much more. Zend empowers many powerful enterprise applications. 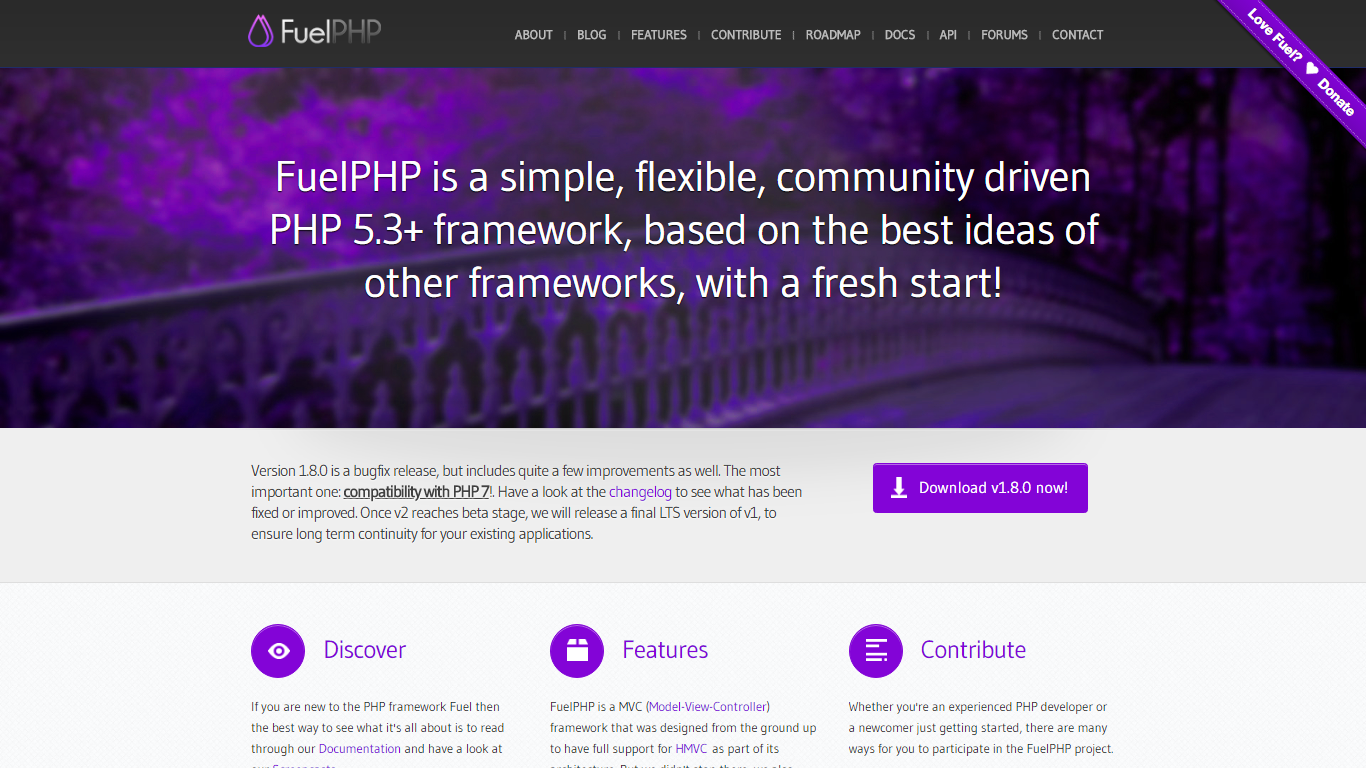 FulePHP is a simple, flexible framework which is community driven. It is compatible with PHP 7 but you can run it on PHP 5.3+. FuelPHP supports Hierarchical-Model-View-Controller (HMVC) pattern. It also includes ViewModel as a powerful layer between the controller and the view.

FuelPHP supports modularity and extendability. It also offers many security features out of the box such as XSS, CSRF, SQL injection, URI, and Input filtering. Other features include code generation, interactive debugging, cron tasks, ORM (Object Relational Mapping) and using any template parser for your views. 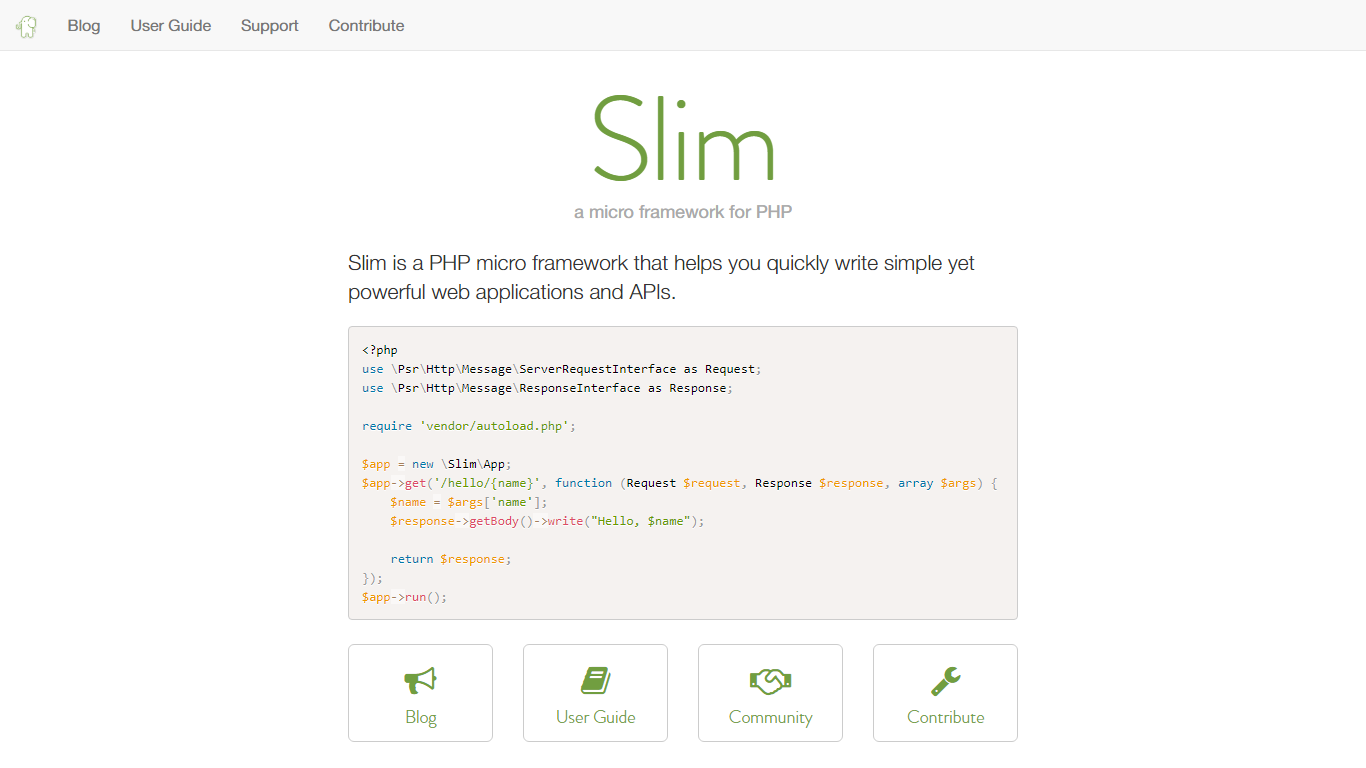 Slim is a PHP micro framework that helps you create simple but powerful web applications. Slim is a microframework in design which is great for smaller applications. They are different from the full-stack frameworks that contain a lot of functionality such as authentication, authorization, roles and much more.

Slim is used by many PHP developers for developing restful APIs and many other smaller services. Slim provides many great features such as a fast and powerful router, dependency injection, error handling, caching, encryption and many other features as well. It has a great user guide that you can use to learn this framework fast. 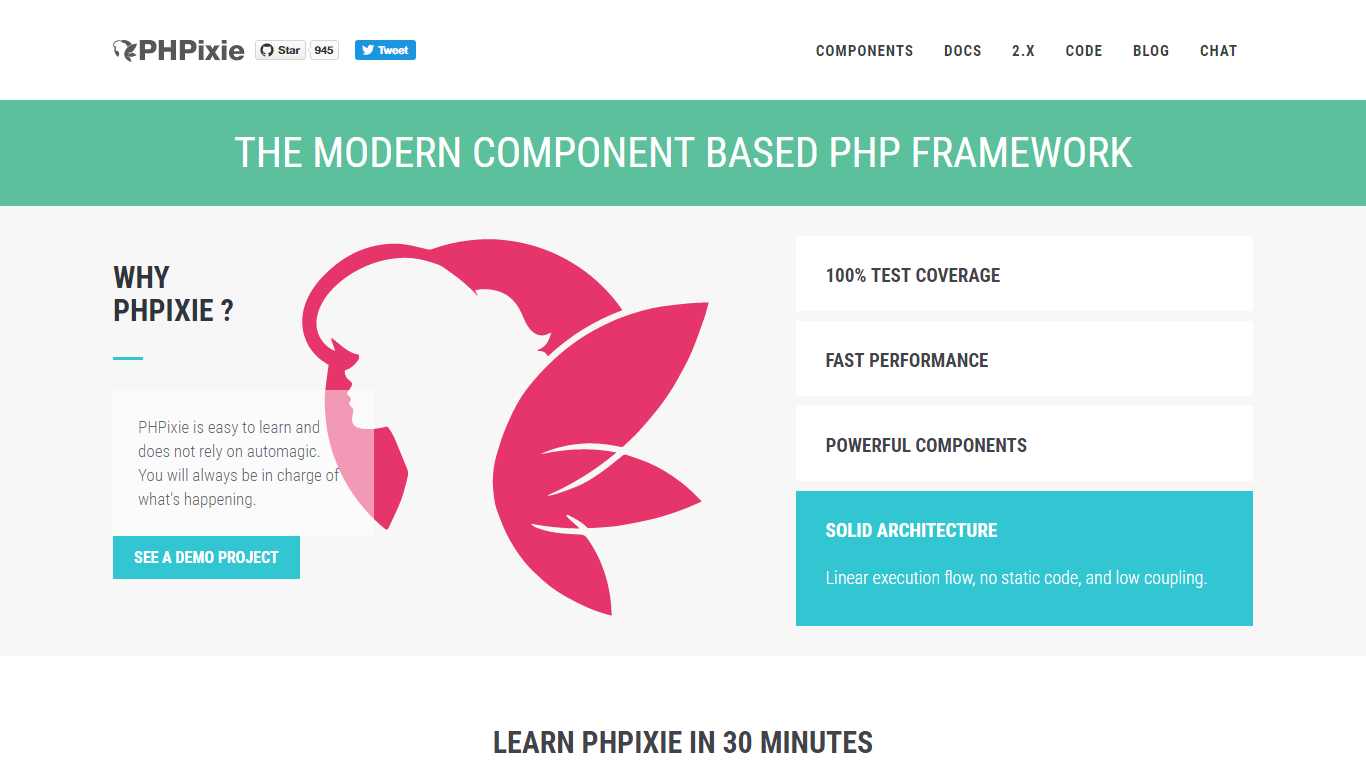 PHPixie is a component-based PHP framework. It is a high-performance framework. Its components are 100% unit tested. It is easy to learn and their official website claims that you can learn it in 30 minutes. It follows HMVC design pattern.

PHPixie is built upon independent components that can be used separately from the framework. Their features include built-in authentication, query builder for SQL databases and MongoDB, Dependency Injection, ORM, database schema, image manipulation and some other great features. It is a relatively new framework with a small community but it is increasingly becoming popular.

Redirect after login or register in Laravel: Adding a custom method