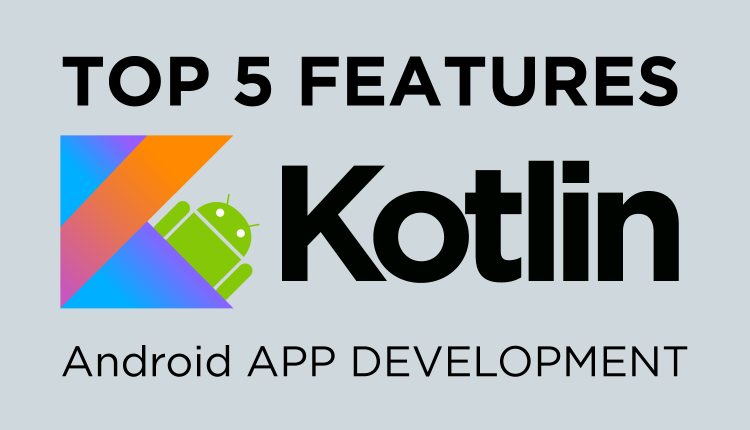 Kotlin is a general-purpose and cross-platform programming language with type interface. It gives better and most valuable outcomes compared to Java. For this reason, adoption of Kotlin in android development is increased and it is designed to engage with Java.

In this article, we will discuss the Top Features of Kotlin in Android Development. So, let us deep dive into Kotlin Features.

Inline, No inline, and cross inline keywords are essential in Kotlin programming language. How to use, when to use, and where to use these keywords play a vital role in the Kotlin. Let’s discuss these keywords.

An inline function is referred to give suggestions to the compiler to include the total body of the service when it is used in the code.

Let us understand with one simple example of Inline keyword.

These are the standard functions, and the first function is called by the second function.

Now let us add the Inline keyword in the above syntax.

But, we do not require to inline both the lambdas CDE and UVW. If you want to inline cde, but not the uvw, in this case, you are not required to use the noinline before the uvw as stated below:

Lambdas allow modeling functions in a more natural way, which makes them a powerful feature in Kotlin language.

The crossinline function helps to connect lambdas that cannot allow non-local returns. Mainly lambda is passed through different execution connections, for example, a higher order function is not inclined in Java, but in Kotlin the nested function of a local object is inclined by modeling functions. Finally, you are unable to return in such lambdas in Java. But in Kotlin you have a great option for this modeling function.

Kotlin is a well-known and emerging programming language with a low learning curve and high-efficiency outcome. It also helps a developer to build a web application with less or minimal code. And using Kotlin code lines also decreased. It consists of 1/5th less arrangement compared to Java language for the selected application. Learning Kotlin is easy compared to Java.

The extension function also referred to as one of the Standard Library Functions, which was developed by Kotin developers. These extensions in Java can’t provide new functionality for an existing class, Kotlin offers unique features to the current class by using extension functions. It is one of the cool features Kotlin provides in Android development.

In Java, developers have access to integrate a newly created function within a previously existed regular class. And that class expanding can be difficult for developers because it is ready to use apart. Perhaps, Kotlin enables to use of these functions as extensions. This feature helps to add new required services into existing classes in an effortless manner. Kotin has provided standard function web app development.

Speed of loading time plays a vital role in any application development in today’s world. The feature called Lazy Loading is available in Kotlin and is to eliminate loading laziness in applications. When you handle Kotlin for Web and mobile app development, this feature will assist you in mitigating the startup time for the execution of Application. This feature enables to load of original content faster to decrease the startup time.

For this reason, the Android developers working with Kotlin language can give superiority to the primary resources and hold the main memory for faster loading with the secondary resources during the initial execution stage.

One of the excellent features that Kotlin have is Null safety. It is beneficial for Android developers. Because in Java language, NullPointerException used many times and, this will lead to increase the processing time and decrease the efficiency. But the null safety feature in Kotlin reduces the usage and difficulties in the execution process. This feature is handy for Android developers while building applications. There is no null safety in Java.

Streams and Collections in Kotlin

As a Java developer, you will have an idea about processing the objects. It has always been a valuable part of the Java web app development process. This will happens because Java objects become converted into a quality of presented structured elements. This problem causes slowing down the complete app execution process.

Kotin is a high-level language and contains permanent collections. The rich API’s functions will directly return the functionality concerning its characterizes and groups.

We have discussed the advanced features of Kotlin over Java. We can conclude that Kotlin it will be used for android development along with Java because Java is widely used around. Compatibility and learning are more natural in Kotlin compared to Java. These are the reasons that made Kotlin as an unbeatable option for Android developers.

This article is contributed by Anjaneyulu Naini. He loves pursuing excellence through writing and has a passion for technology. Also, He believes having a skill or talent is more valuable than just having a degree. You can reach him at anjaneyulunaini@gmail.com. He is Currently working as an Android Developer at MindMajix.com.

Subscribe to our newsletter
Sign up here to get the latest news, updates and special offers delivered directly to your inbox.
You can unsubscribe at any time